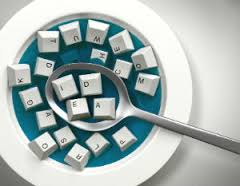 I recently had a web site client tell me that he had hundreds of thousands of visitors to his last site and he wanted more with his new one.

I had a feeling that this was probably from using keywords but was also probably quite a while ago and I asked him, and sure enough, it was from keywords and it was around 15 years ago.

What he hadn’t realized is that the world of SEO (search engine optimization) and keyword research has completely changed since then, and in the last couple of years Google has pretty much succeeded in their 5-10 year mission to make it almost impossible for SEO companies to easily get client sites to page one of Google search.

During the last five years I’ve seen effective keyword research get harder and harder as Google put more roadblocks in the way in their quest to have more people pay for pay-per-click advertising.

The first time it really affected me was about 18 months ago when I found that out of the 6 programs that I used for keyword research, five suddenly were unable to get me the data that I needed and as a result the project took me three times longer than usual.

And then last December, the 6th program finally gave up the ghost and announced that it was ceasing operations.

One of the major changes came with what Google called the “Hummingbird” update in late 2013. In this update Google moved away from simply using 2-3 word keyword phrases to looking much more for the intent of the person searching. Rather than get all technical here I’ll just explain what this means overall.

Basically, one of the things it means is that for Google to rank your site high in its search, it’s no longer enough to target 6-10 short keyword phrases like in the old days.

In a recent project, to do it properly, we found ourselves targeting 150 much longer keyword phrases as well as doing a great deal more keyword-optimized content creation. We also had to do more link-building from other selected sites, and quite an increased number of additional activities considerably beyond what was ever needed before.

So the world of keyword research and SEO has changed dramatically. If you find an SEO company claiming they will get you to page 1 of Google nationally with a few simple keywords, that’s truly not reflective of the 2016 world of SEO. It’s also why I much prefer Facebook ads as an online marketing tool.