ONCE PLAYING, CLICK ON BOTTOM RIGHT OF VIDEO TO VIEW FULL SCREEN AND TO SET TO 1080P HD 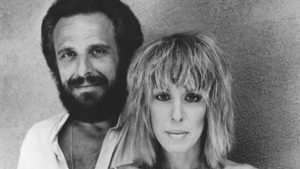 Barry Mann is an American songwriter and musician, and part of a very successful songwriting partnership with his wife, Cynthia Weil. He has written or co-written 53 hits in the UK and 98 in the US.

He has received 56 popular music, country, and Rhythm & Blues awards from Broadcast Music Inc., and 46 Millionaire Awards for radio performances numbering more than one million plays. The song "You've Lost That Lovin' Feelin'", co-written with Weil and Phil Spector, was the most played song of the 20th century, with more than 14 million plays.

Just a few of the classic hits written by Barry Mann:

"On Broadway"
"Don't Know Much"
"Who Put the Bomp (in the Bomp, Bomp, Bomp)"
"I Love How You Love Me"
"Sometimes When We Touch"
"Somewhere Out There"
"All I Need To Know"
"Just Once"
"Here You Come Again"
"We Gotta Get out of This Place"
"Walking in The Rain"
"Uptown"